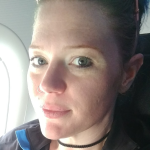 WordPress.com screenshots can be a great way to liven up an explanatory blog post. Images can break up a long tutorial blog post and act as a visual aid for other educational content. In fact, 32 percent of marketers say that visual images are the most important form of content for their business, with blogging in second (at 27 percent), according to Social Media Examiner.

But how do you get those shots from your screen into your article?

How to take WordPress.com screenshots

The process of taking screenshots is relatively simple. However, it may be different depending on the kind of device you’re using.

Taking screenshots on Windows and Chromebooks

Windows devices offer a built-in mechanism for taking screenshots. Simply press “Ctrl + PrtScr” to capture your entire computer screen. You can open the photo in an editing tool, such as Paint or Adobe Photoshop, to crop the image to the selected size and save to your computer.

Another, simple way to capture images from a Windows device or Chromebook is to use a browser extension, like Awesome Screenshot. Simply click on the extension icon, choose whether you want to capture the entire screen or select an area.

The extension will open up a new browser window where you can edit, crop, annotate, and draw on screenshots.

To capture the entire screen on a MacBook or another Mac computer, press “Shift, Command + 3.” To capture part of a screen by selecting an area with your cursor, press “Shift, Command + 4.” A thumbnail image will be displayed, allowing you to markup, share, or save the image. Mac devices save images to the desktop as .png files with the date and time as the file name.

To take a screenshot on an iPhone X model, press the “Side” button on the right side of the phone and the “Volume Up” button at the same time. On an iPhone 8 or earlier models, the process is nearly the same. Just press “Power” and “Home” at the same time.

The majority of Android phones from different manufacturers use the same process for capturing screenshots. Press the “Power” and “Volume Down” buttons at the same time to capture the screen and save the image to your Screenshots folder.

How to add screenshots to your blog

Once you’ve captured an image on your device, you can upload the screenshot to your media library to complement your WordPress.com content. If you captured the image on a mobile device, you may choose to email the file to yourself or upload it to a cloud file repository, like Google Drive or Evernote, to access the screenshot from your computer. You can annotate the image to provide a greater depth of explanation to your readers or upload like any other image.

Your readers are hungry for visual content, and incorporating screenshots into your blog posts can be a powerful way to deliver explanatory content. By learning how to simply and quickly capture and edit screenshots from any device, you can simplify the process of writing visually rich blogs.

Whether you’re looking to promote your business or share your story, we have a plan that’s right for you.

Jasmine is a freelance technology writer, with interests in UX, mobile optimization, and web design trends. She's also a Project Management Professional with an academic background in Informatics and Analytics.