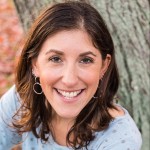 When something goes viral on social media, how can you take advantage of it to give your brand more visibility? These viral marketing tips will help you know when and how to jump on a trend and insert your brand into the conversation.

Let’s back up a moment and start with what it actually means for something to “go viral.” In the marketing world, it’s an advertisement or series of ads that everyone seems to be talking about, both in person and online. People might tweet about a piece of viral content or share an article about it on Facebook. You may also see references to it in the news or spoofs of it on late-night television.

For example, remember the ice bucket challenge? It seemed like everyone from your best friend to your weird Uncle Joe was posting videos of themselves dumping a bucket of ice water over their heads. It was a marketing campaign that the ALS Association created to build awareness about ALS and to raise money for the organization. Thanks to all those videos, the campaign went viral and raised $115 million.

Sometimes, a campaign that’s “gone viral” isn’t seen in a positive light by everyone. But sometimes, stirring up controversy can work in a company’s favor because of the strong emotions it elicits. Take Nike’s Just Do It commercial, featuring NLF player Colin Kaepernick. People had very strong opinions both in support of and against Nike using Kaepernick in the ad campaign, and those on both sides shared their thoughts about it on social media. Even with the negative reactions, the controversy itself drew more attention to the campaign, enabling it to go viral and, ultimately, to increase sales for Nike.

How to identify what’s going viral

So, how do you know what’s going viral at any particular moment? Consider the following:

At this point, you don’t necessarily want to jump on anything just because it’s currently popular. Start by identifying what is relevant to your brand.

Here are some ways to make your brand part of the trend:

Think about how you can put your own spin on what’s trending using your brand’s voice so your company stands out.

Finally, perhaps the two most important things to consider as you implement these viral marketing tips is to be timely and to do what feels natural. If you wait months or try to force something that doesn’t fit with your brand, your efforts will likely fall flat. Instead, jump on opportunities that are a natural fit as they arise, and you’ll be more likely to boost your brand’s visibility.

Bev Feldman is a Boston-based jewelry designer, blogger, and freelance writer specializing in eCommerce, blogging, small business, and parenting. She's passionate about eco-friendly living, which you can read about in her personal blog, bevgoesgreen.com.