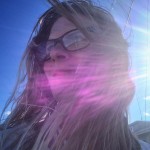 As a small business owner, you know that hashtags are an integral part of your online marketing. You may even have an entire hashtag strategy. But are you guilty of adopting bad habits?

If so, you need to revise your practices! And if you haven’t used them before either don’t worry — there’s plenty of information available about how to use hashtags.

How many hashtags and how to use them

You use hashtags to attract new followers to your social media posts, so it stands to reason that the more you use, the better off you are, right? Wrong. Unfortunately, the more hashtags you use, the more “spammy” you could appear.

Some sites like Twitter restrict your hashtag use by limiting your overall character count. Remember when using Twitter or other sites like this that actual content should take precedence over hashtags. Limit yourself to a couple of tags to help characterize the post, and if you’re creating a post relevant to a trending conversation, include that hashtag. But if you start cutting actual words to fit more hashtags, you’ve gone too far.

On Instagram, the temptation is to load on hashtags in the name of promotion. According to Forbes, you can use up to 30 hashtags per Instagram post, but using so many may turn off your followers. Social media users are savvy enough to know that brands use hashtags to get new eyes on their content, so they’re likely to assume that a post with 30 hashtags was created for the purpose of attracting new followers, not to engage existing followers.

That said, it’s OK to include a few general hashtags beyond those describing the post. The ones you add could describe your location, your business, your products, or a widespread promotion like #CyberMonday. However, try to limit yourself to 10 hashtags or fewer.

Now that Instagram posts can be co-published to Facebook, you risk having all of your Instagram-specific hashtags appear on a platform where hashtag use should be extremely limited. It’s rare that consumers search hashtags on Facebook, so it’s best to limit hashtags to those representing current company marketing campaigns, like Honda’s #SafetyforEveryone campaign, or large, worldwide events that naturally spark conversation, such as #Pride.

Part of knowing how to use hashtags is also knowing which hashtags to avoid altogether. There are some tags that are popular among regular users that you shouldn’t use on your business account. One very popular hashtag is #nofilter, which indicates that the photo is unaltered. Being able to use the hashtag is a point of pride for real photographers showcasing their work. You could use this hashtag sparingly to show “behind-the-scenes” content of your company, but adding it to any of your planned marketing posts will only make you appear out of touch.

If you want to go even further with hashtags, you can tag your WordPress.com posts to try and increase traffic. You can find some tips for better tagging here.

Whether you’ve just started using hashtags on your company social media accounts, or have been doing so for years, it never hurts to take a look at your usual practices and see if they’re truly benefiting your company instead of potentially taking away new customers.

I live in a renovated barn with my husband, two kittens, and a baby on the way. I am currently building my business as a freelance writer, and stay busy finding new ways to promote my work online. In my free time, I enjoy reading, cooking, exploring, and late night games of Scrabble with friends.