You’ve probably seen these blog awards on your travels through the blogosphere. What are they, how do you get them, and what do they mean?

As you explore the blogging community, you’ve probably seen bloggers whose sidebars are filled with awards. Maybe you’ve even gotten one of these yourself:

There are dozens of awards circulating in the blogosphere. Where do they come from? How do you get one? What’s the point? Today, we demystify the world of blog awards with our award FAQ.

Who creates these awards?

Unlike the automated notifications and trophies you may sometimes receive when you see a spike in traffic or get a certain number of likes, these awards don’t come from WordPress.com — they come from you.

What do they represent? 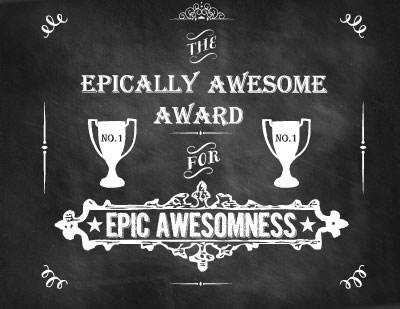 The best of all possible awards? Maybe.

At their foundation, they’re a way to recognize and support blogs beyond following, commenting, or liking. When someone gives you an award, it’s their way of saying, “Your blog is so wonderful that everyone should read it!”

Some awards also have more specific criteria. For example, the Liebster Award and One Lovely Blog Awards are for new blogs and/or those with fewer than 200 followers, and are meant to motivate newcomers to the blogging community. The WordPress Family Award is for other blogs built on WordPress, and the Versatile Blog Award recognizes bloggers who post on unique subjects.

Most awards have standard explanations and instructions; the blogger who gives you the award will likely have posted these on their blog for you to see.

Is there a nomination or voting process?

Not really, no. You’ll often see bloggers posting about awards and “nominating” other bloggers, but in this case “nominating” means the same thing as “giving” — there’s no real nomination process, and no voting at all. If another blogger wants to give you an award, they simply post about it.

How do I know if I’ve received an award?

Awards are announced via a blog post; the person giving you the award will publish a post listing all the bloggers they’re “nominating,” often with a short description of the nominated blogs and what’s great about them. You’ll typically find out in one of two ways:

Rarely, you won’t get a notification at all, but may notice that you’re getting increased blog traffic from a particular site. You can track this in the “referrers” section of your stats.

Do the awards have requirements?

Most awards ask you to do one of three things (some require two; some, all three):

Bloggers will typically do the first two in the same post. Jim’s post lists seven facts about himself and nominates seven other bloggers, one of whom is Sally. Sally then posts on her own blog, listing seven facts about herself and nominating seven other blogs, one of whom is Vito. Vito then posts on his own blog, and so it goes — like a virtual chain letter.

How do I add an award badge to my blog?

You can display an award badge with either a text or an image widget. Often, the nominating blog will pass along the code needed for a text widget, and you can just copy and paste it into a widget of your own. Otherwise, you can save the badge image to your computer (right-click on the image and select “Save Image” from the options that appear), upload it to your blog’s media library, and insert it into an image widget.

Do I have to accept an award if I’m nominated?

Nope! These are all voluntary programs. There are many bloggers who prefer not to accept awards, either because they don’t want to add the badge to their blog or don’t want to publish a post about it.

If you’ve been nominated but would rather not participate, you can simply ignore the nomination. I don’t participate in award programs on my personal blogs, and a polite “I appreciate the recognition, but I don’t participate in blog awards” has never met with a bad response. (And that way, the person nominating me can choose to nominate another, more receptive blogger instead.)

Are there benefits to awards? Downsides?

Awards do a few good things. First, they introduce your blog to new readers — since the person nominating you is personally recommending your blog, their readers are likely to check you out. They also create incoming links to your site, which is something sites like Google look at when calculating your search engine ranking.

There can be cons as well: you might not want the other blog linking to you (and Google rankings also look at things like link quality, so you might be concerned that the link isn’t actually helping you). An award post might be out of place on your blog, especially if you blog with a specific focus. It’s also easy to let awards run amok; blogs with endless sidebars of award badges and constant award posts can look like little bloggy award-factories.

Still, for many bloggers, the perks outweigh the downsides. Most of us just want to know that someone else is paying attention, and being nominated for an award is solid proof of that.

Can I make up my own award?

Sure! There’s no guarantee that your award will start making the rounds, but you can certainly create an award or badge of your own to highlight bloggers you love. And you never know; the award you create could become the next Liebster!

Any other questions? Let us know.