Perennial Favorites: How to Starve a Troll

Your blog is your space, and you get to define what behavior is acceptable — and not acceptable. This great advice from in-house Miss Manners Elizabeth is worth a second read. 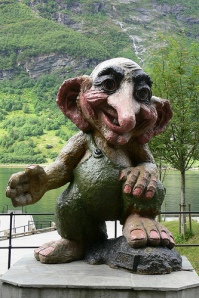 Your blog is your space, and you get to define what behavior is acceptable — and not acceptable. This great advice from our in-house Miss Manners, Elizabeth Urello, is worth a second read.

For as long as there have been blogs, there have been trolls. A troll is a commenter who hangs around your blog for the sheer purpose of annoying and goading you and your other readers.

Trolling is quite different from merely being critical. Obviously, not all of your readers are going to agree with you about everything, but a troll’s comments will rarely have anything to do with the topic at hand. For example, say you review a certain book you like. Someone might comment that she thinks it is an overrated work and doesn’t understand why anyone likes it. That’s not trolling. Even a comment as abrupt as “I’ve always hated that book” isn’t trolling, because, while it’s not particularly interesting, it’s at least a response to what you’ve written.

A troll, on other hand, is not actually trying to express anything. Rather, a troll is seeking to provoke a reaction from you or your other readers.

A troll might comment that she thinks books are stupid altogether and anyone who reads probably hates babies and puppies. She might comment that you yourself are a moron and it’s amazing anyone reads your blog at all. She might even comment in this way on all of your posts, day after day. Whether a troll’s comments are abusive or whether they are just irrelevant and annoying, they derail the conversation that you are trying to start. They can even intimidate other readers from participating in your comment thread.

For these reasons, it’s best to simply delete comments by trolls. Sometimes it might be tempting to get into an argument with one, but you will find that any response, no matter how shaming, will merely encourage the troll. Hence the expression “don’t feed the troll.”

Sometimes disagreements between regular readers can turn into trolling. For example, say that Susan is a vegetarian who often comments on your recipe site. Say that Bob is another commenter, and in one comment thread, he and Susan get into an argument about the morality of eating meat. While this is not trolling, if Bob continues to pop up in the comments of every post after that to try to pick a fight with Susan about vegetarianism, then he’s trolling. Ultimately, it’s your blog, so it’s up to you to decide when a particular commenter has become a bully.

You have complete control over your comments here at WordPress.com. You can set your Discussion Settings so that every comment users submit must be emailed to you for moderation before appearing on your blog. If you’d like to be more lenient than that, while still exerting some control, you can choose that a comment author must have a previously approved comment; otherwise, the comment will be sent to you for moderation.

What if you do not want to have to moderate all of your comments yourself, but you’ve noticed that your commenters seem to get into a heated argument every time someone brings up football? You can add the term “football” to your comment moderation queue. Then, every time a comment is submitted with “football” anywhere in it, you’ll have to approve it before it appears on your site.

If you then decide that you’re so sick of the football arguments, you don’t even want to see them at all anymore, you can add “football” to your comment blacklist. Then, any comment with that term in it will be marked as spam. Be careful with the blacklist, though–it matches inside words, so any comment with “foot” or “ball” in it will likewise be spammed.

You can even edit your readers’ comments themselves, for grammar and punctuation, or to remove profanity if you have a G-rated blog. Be careful not to misrepresent your readers, though. If you get creative with editing their comments, you will lose their trust and probably their readership.

While you shouldn’t put up with abusive behavior from your commenters, be careful not to go too far in the other direction, either. If your commenters suspect that you never allow comments that disagree with your point of view or criticize your posts in any way, they might become less interested in engaging on your blog. Remember, the goal is always to keep the discussion going!

Have you ever had a problem with a troll? How did you handle it?