The Art of Snark: Creative Disagreement

Did you know that, according to the Oxford English Dictionary, the origin of the word snark lies in the snorting sound people made — already in the nineteenth century! — when they wanted to dismiss or ridicule another person? These days, others might not be able to hear us as we roll our eyes in disbelief at their opinions (when eyes roll in front of a laptop, do they make a sound?). We’ve become masters, however, at making the silent, verbal equivalent of eye-rolling: a quick, snide comment on a blog post, a disapproving cat in a hastily-phrased meme. Is the art of creative disagreement a thing of the past?

A quick, snide comment on a blog post, a disapproving cat in a hastily phrased meme: is the art of creative disagreement a thing of the past?

Not quite. We read hundreds of your posts every week, from Writing Challenge entries to your latest bit of flash fiction. You write in every imaginable style, genre, and tone, but one thing is clear: WordPress.com users have strong opinions, and they aren’t shy about sharing them. That’s the point of blogging, after all — and many of you take very seriously the task of responding to others. Are you interested in preserving humor — the most disarming weapon of all — but need some ideas on how to go beyond a snarky gif? We thought you’d never ask. 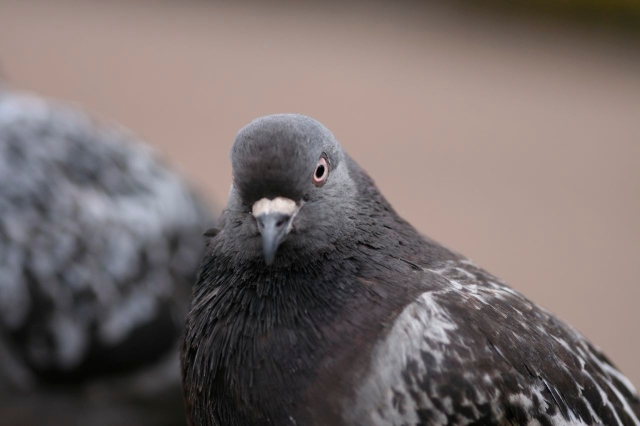 I will have none of that snark, Sir! (Image: Raising an Eyebrow, by Zimpenfish, CC BY-SA 2.0)

Parody: imitation is the sincerest form of criticism

Recently, a post calling for teenage girls to dress more modestly went viral, eliciting numerous strong reactions, both critical and sympathetic. One of the most compelling counter-posts to the original, FYI (if you’re a teenage boy), went beyond merely registering the author’s disapproval. It did so by mimicking — to near-perfection — the original post’s structure and tone, only with an opposite viewpoint.

A confident critic lets the audience be the ultimate judge.

The result was a strong dissent that was free of vulgarity and name-calling, or even of a direct refutation. The parody — the creatively disfigured imitation of the original — was the sole vehicle of criticism. Whether one agrees with the post or not, it was clear that the author had read the original piece with care, and showed respect to its form (if not to its message). It was fair in one other way: it included a link back to the post that inspired it, demonstrating that a confident critic lets the audience be the ultimate judge.

When Jonathan Swift wanted to chastise Irish society for its treatment of the poor, he famously called for the children of struggling families to be sold, as food, to the rich. The idea was so preposterous, of course, that everyone could see immediately through the satire. The point was to engage, through shock and humor, those who may have remained indifferent to a direct assault on their long-held values. 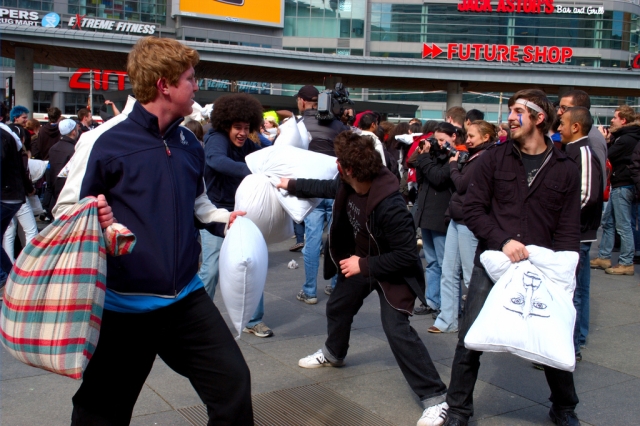 And they shall beat their pillows into blogs! (image: Pillow Fight! by Ian Mutoo, CC BY-SA 2.0)

Satire is alive and well on WordPress.com: whether writers are criticizing our contemporary obsession with sharks, sexist LEGOs, rude tourists, or annoying software prompts, many have honed the craft of the subtle (and, at times, not-so-subtle) poke. The idea here is to expose a concept, an idea, or a phenomenon, by pushing it to an extreme. Once the reader recognizes the absurdity in the extreme version, some of the absurdity sticks to the original one, too. As another blogger reminds us, though, taking satire too far — by making it personal, petty, or deliberately (and solely) offensive — can backfire. Smart satire doesn’t destroy its target, but puts it in perspective, showing its true value (or lack thereof).

Before going Wilde: some points to consider

How do you tackle the task of disagreeing with, refuting, or criticizing other viewpoints? Have you stumbled on any strong parody or satire while blogging lately? Have you ever been the target of criticism that was so well done you had to (grudgingly) respect your opponent? We’d love to hear your take.

How to Be the Host with the Most: Your Step-by-Step Guide to Running a Blog Challenge
Community Pool: Name that Blog