So far in our Photography 101 series, we’ve asked guest photographers to share their insights and tips on various elements of the craft, from light to composition. Today, meet Matthew George: the blogger at Photo Lord, a site that features and recognizes other photographers, and a passionate high school photography teacher. In this installment, Matthew introduces focus and the concepts of depth of field and aperture.

Finding your focus — the basics

I provide some general guidelines to my students:

Introducing depth of field and aperture

Within the topic of focus in photography, you’ll hear about depth of field (referred to as DOF when abbreviated by fellow photographers). Depth of field is a very expansive topic; I’ll try to be as simple as I can when describing depth of field here, especially for those of you who are just beginning to use your cameras.

Depth of field is the range of focus that is present in a photograph:

If a photograph has most or all of the foreground, middle ground, and background in focus — such as the horse shot above — we can say it exhibits a large or great depth of field. If you’re interested in cinematography and movies, you may have heard a large depth of field referred to in film as “deep focus.” Some types of photography that use images with large depth of field include architecture, landscape, and interior design. 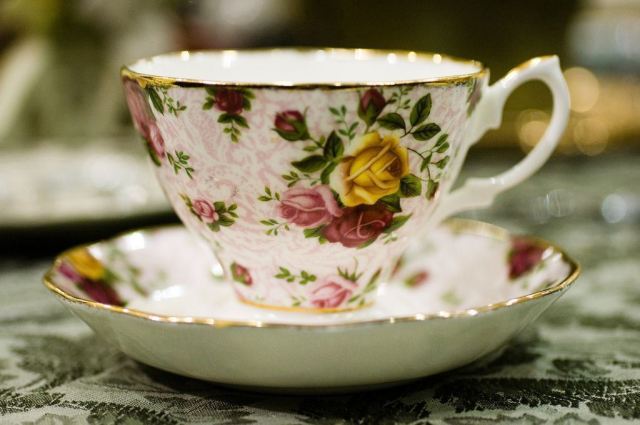 A number of contributing elements control depth of field in a photograph. Three big elements are:

There are other factors that affect and describe depth of field, such as format and circle of confusion. But in this introduction, we’ll focus on the three points above.

Aperture is the size of the opening on a lens that lets light pass through the lens to the sensor or film in a camera. On some cameras, the aperture is controlled automatically and cannot be adjusted. If you’re able to adjust the aperture of a lens, here are some ways to manipulate depth of field:

This chart illustrates depth of field as described in the bullet points above, and how it changes with the use of different aperture settings:

Focal length refers to the amount of magnification that a lens has. So, if a lens is a wide-angle lens, it will give the impression of a great depth of field for deep focus. The opposite is true if you use a telephoto lens: it will magnify the image, creating an impression of a shallow depth of field for less range of focus in the picture. (Editor’s note: read more on the differences between a wide-angle and telephoto lens.)

Proximity to the object

Depending on what camera you own, lens you own, or how close you’re able to get to your subject, you can control and manipulate depth of field to create the visual impression that will best accomplish your goal.

Tip: If you don’t have the ability to adjust the aperture on your camera, you can either move closer or farther away, or zoom in or out. This way, you can create a shallow depth of field or great depth of field. 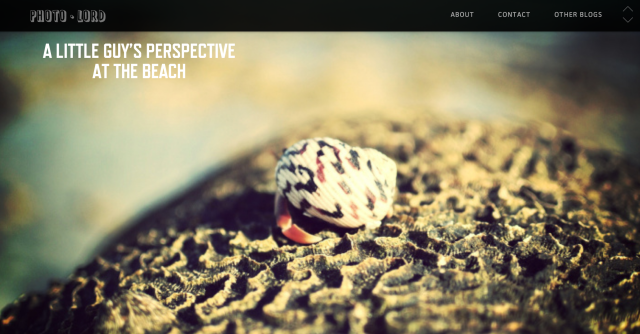 I use Full Frame by Graph Paper Press on Photo Lord. The theme is incredible, and I’ve yet to experiment with everything that’s possible. The full-width view gives your photos maximum attention. In terms of focus, you can shift the placement of a post title on Full Frame: there is the option to move it to the right, center, left, or full width. This allows you to place the title in relation to a solid color background or featured image. 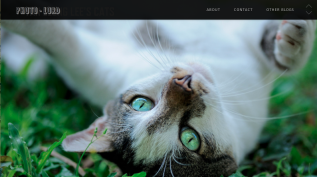 Editor’s note: We love how Matthew uses Full Frame, and its options to shift the location of the post titles, to call attention to specific focal points of a photo and draw our eyes to different parts of the frame. The shots above, both illustrating a shallow depth of field, look great on the theme.

Other points to think about regarding your theme and site layout:

Super-wide themes. Themes made especially for photobloggers, like Duotone,Nishita, and the premium theme Photographer, display large images beautifully. Full-width templates are great for your sharp landscape panoramas, so viewers can see the details in your scene, near and far. (Alternatively, widescreen themes make tighter, close-up shots look divine, too — as you can see in some of Matthew’s shots or on A Quan Ha Photo.)

Front-page featured images. If you mainly take macro shots, don’t dismiss the portfolio-style themes like Hatch and AutoFocus, or premium themes like Photography and Blocco. Full-width themes work for macro photographers, but a home page grid of super-close-up images, from flowers to insects, is a visual win, too. This display shows a range of your work at once, details and all.

Collections vs. single images. But while gallery-style themes like Nexus and Gridspace show off your masterpieces, will your photographs get lost among the crowd? Think about your own style and the subjects and scenes you shoot. Do you want to show off the most intricate details of architecture in your shallow depth of field shots? Do your wide landscapes stand alone? Depending on your style and subject matter, it may make sense to use as much space as you can, as with Modularity Lite; other times, your photos may not need to be displayed so large.

Are you just beginning to use your dSLR or manual camera? Or, do you only use the camera on your mobile phone? A few apps and tools to consider:

Tilt-shift tool on Instagram. If you use the camera on your mobile device or don’t have a camera on which you can adjust your aperture settings, you can force selective focus on your iPhone or Android camera using Instagram’s tilt-shift tool to create a shallow depth of field. In the image below, with the touch of a finger on the iPhone screen, I made the wooden door on the right the focal point of the image. I blurred the remainder of the picture — the hallway — which manipulated a shallow depth of field:

LiveDOF. Don’t use Instagram? This depth of field iPhone app mimics tilt shift, selective focus, and the miniature effect in your images.

BigLens. Snap a pic with this iPhone and iPad app ($.99) and edit it by setting the aperture and tweaking periphery blur levels.

Want to put this new knowledge to work? On Friday, we’ll publish a Weekly Photo Challenge inspired by Matt’s post — get ready!

Matthew George has had a lifelong love of photography since he was 12 years old. His father built a black and white darkroom in the basement of their house when he was in high school. From the darkroom, he was able to experiment and hone his photography skills. He uses traditional film and digital Nikons. Two pieces of camera equipment he has had fun using are an Apple iPhone and a Polaroid SX-70 camera. Most of his photography consists of photojournalism and nature genres.

He has an associates degree of applied science in photography from Antonelli Institute of Art & Photography, as well as a BA and MA in business from American InterContinental University. He holds a single subject visual arts teaching credential from National University to teach in high school as well as a multiple subject teaching credential to teach elementary school. He currently is employed by JUSD as a photography teacher at Rubidoux High School.

Previous posts in our Photography 101 series